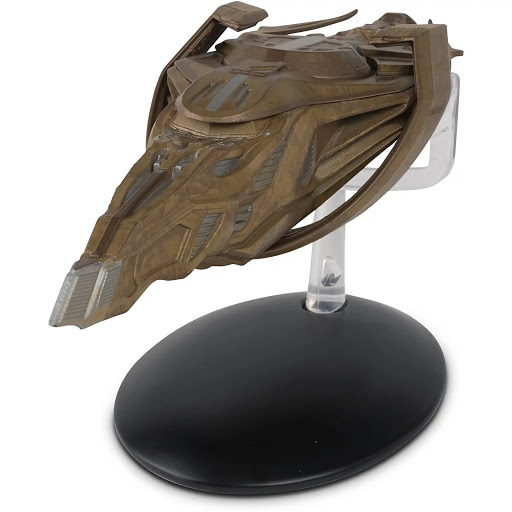 "That ship is Sarek's. I recognize it."
- Cmdr. Michael Burnam upon seeing her father's cruiser in
STAR TREK: DISCOVERY "Points of Light"

Vulcan corvette cruisers were small, warp-capable craft used for both suborbital and interstellar transport by inhabitants of the planet Vulcan during the 23rd century. Initially designed by the Vulcan Expeditionary Group, these cruisers featured a U-shaped version of the "warp drive ring" common among Vulcan starship designs.

These small starships were capable of sustaining high warp speeds and, having arrived at their destination, could remain in orbit, or make planetfall on a set of retractable landing gear. Accommodations aboard these cruisers were as beautiful as they were austere - exemplified by the bridge of the ship which consisted of a simple standing cockpit for two. 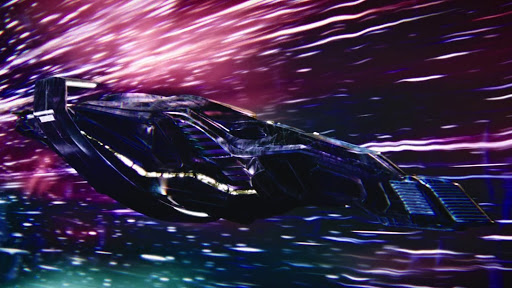 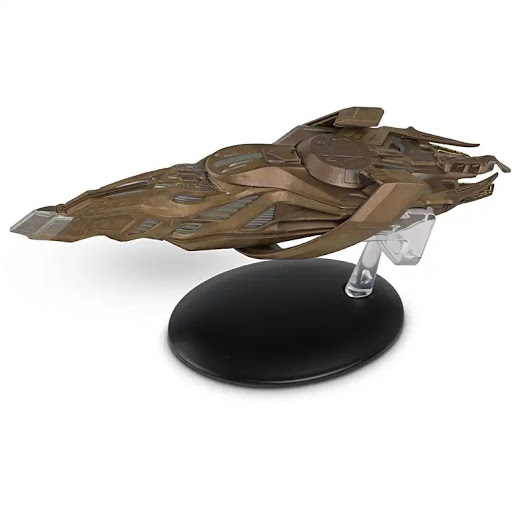 First seen (and nearly destroyed) in “Lethe,” Sarek's Vulcan corvette is a "Solkar" class cruiser. This class of ship is named after Sarek's grandfather, Solkar who served as the first Vulcan ambassador to Earth and had been the captain of the survey ship "T'Plana-Hath " which landed in Montana making First Contact with Earth.

Designed for the first season of STAR TREK: DISCOVERY, the Vulcan Cruiser has become a mainstay in the series and usually appears (even in the background) whenever Sarek or Amanda are needed in an episode. 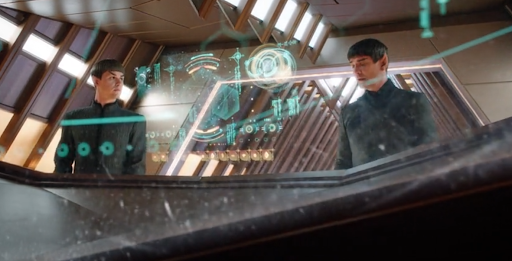 I dig this ship a lot. I love that it feels fresh and new while still retaining classic elements of Vulcan design in a way that I suppose Sarek would dismiss as simply “logical.”

Become the HERO COLLECTOR by adding these STAR TREK DISCOVERY Starships to your own collection now! 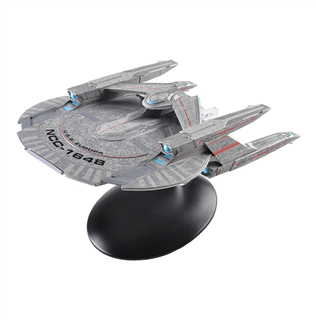 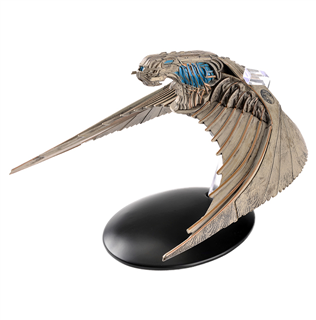 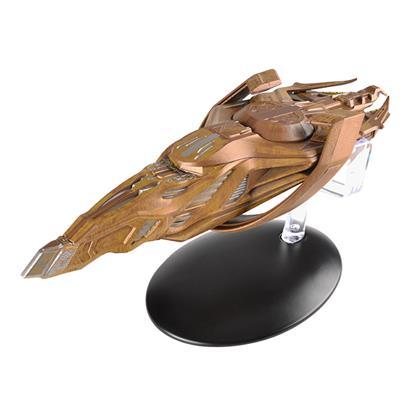