Here at the opening of a new year, we draw ever closer to the end of the road on the last few Spengler Proton Packs to be released.

Our GHOSTBUSTERS™ Spengler Legacy Proton Pack is the result of an amazing journey we undertook to replicate one of the most iconic props in film history. It was an honor to recreate this piece down to the smallest detail in true reverence to the original prop worn in the film by Harold Ramis.

All of us at ANOVOS love Ghostbusters, and so there wasn't a corner to cut, or detail overlooked in replicating this prop as close to the original as humanly possible.

Our goal was to craft a replica so pure that it could take its place alongside some of the most iconic collectables of their time.

Props & statues that have become "Holy Grails'' to people who missed them, and hallowed heirlooms to the lucky few in the right place and time to purchase them. The Master Replica's AT-AT, ICONS' Luke Skywalker Lightsaber, WETA's Original Balrog, Sideshow's Thanos...

The Spengler Legacy Proton Pack belongs in such illustrious company as those amazing collectibles. It will take its place alongside them in the collections of the people here and now to obtain this once in a lifetime prop. A Proton Pack that looks as if you lifted it out of The Sony Archives, or Ecto-1 itself.

No other prop has had this level of provenance and pedigree referencing the original artifact. From our studios here in Texas - we gave this our full attention. We spared no effort in crafting our prop to the incredibly high standard we set for this - our only production run of this iconic piece. We put everything into it.

"Everything" meant finding as many as possible of the original "off the shelf" pneumatic fittings, connectors, and valves used on the original Proton Packs.

Prop makers in that era regularly raided surplus electronics stores, aircraft boneyards, and junkyards near film studios in the early 80s. This was a pretty common practice for prop building in the years after 1977, and the stagecraft theory of a "used universe."

Among these parts and pieces were a number of pneumatic parts with a majority coming from a well known and still existing manufacturer - Clippard Instrument Laboratory, based in Cincinnati, Ohio. The pieces used were: 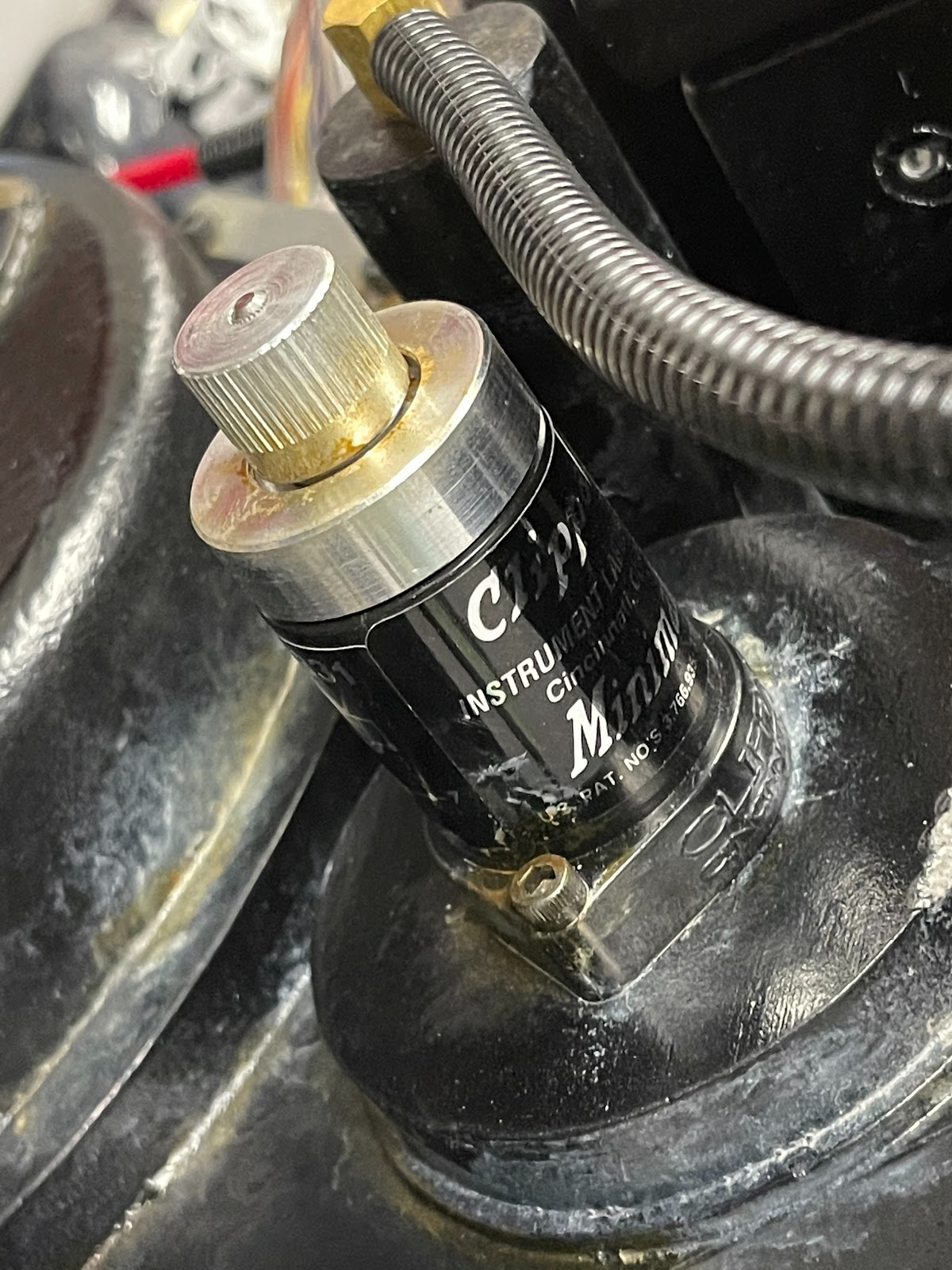 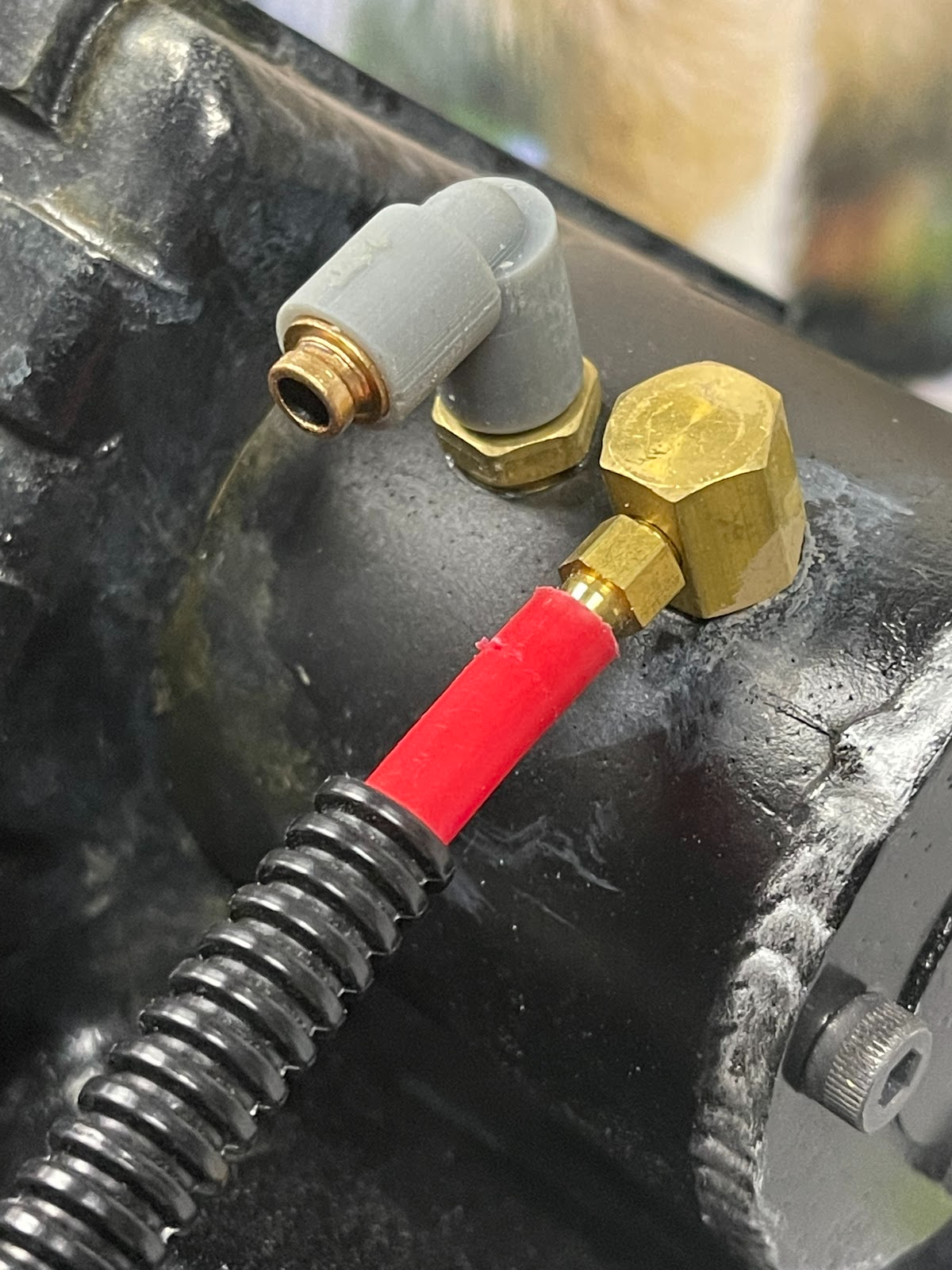 This wonderful company is still in business today, were very friendly to work with, and thanks to a healthy & active fanbase were extremely knowledgeable about which of their products were used in the movie.

Take a look at what Clippard has to say about their role in creating the original Proton Pack.

Their equipment is expertly made with a combination of beautifully machined & polished metals and injection molded plastics. We were lucky enough to find this company still in existence, and that these parts were more or less the same as their 1980s predecessors. With our mantra of “No Holds Barred!”, we are proud to say that all of our Spengler Legacy Proton Packs have genuine Clippard components. 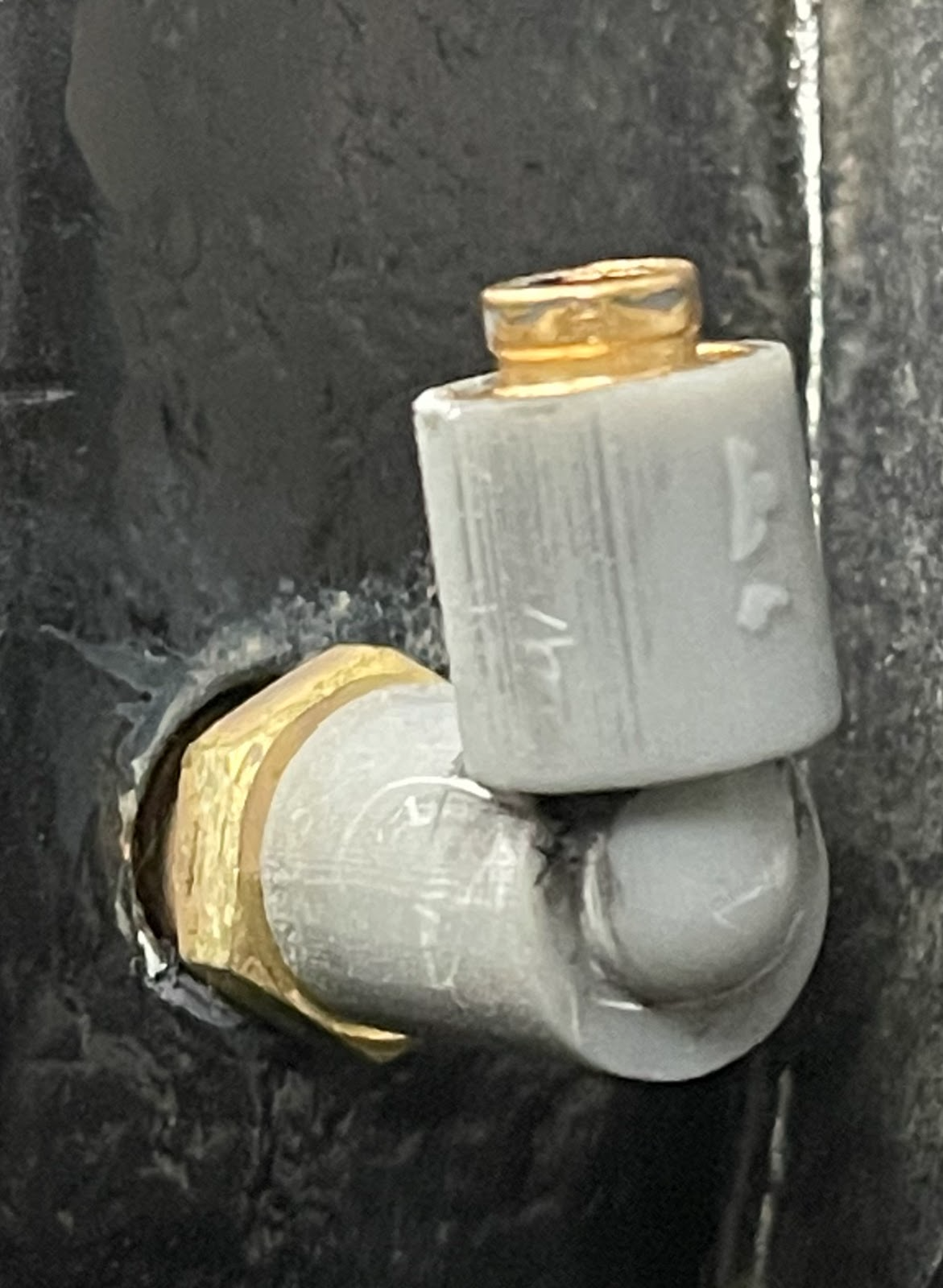 There was a point in time, about a decade ago, that 4 millimeter Legris pneumatic elbows (those grey ‘L’ looking things on the HGA, Ion Arm and Cyclotron) were fairly accessible.

Unfortunately, the current iterations of those elbows don't come close at all to matching the originals used on the pack. Long gone are the days of seeing that particular combination of brass hex ring, grey plastic and brass coupler. Rarely they can be found, but usually only on auction for a few pieces.

Knowing that there was no way to obtain as many as we needed we had to think of a work around. The problem though was that for our Legacy Pack, a resin casting just wouldn’t do.

Luckily, some old friends from the early days of Ghostbuster fan forums suggested some of the more current methods of capturing the perfect “Legris'' without buying them outright. They suggested using a combination of 3D print and Clippard parts to put together one of the most convincing replicas of the 4 millimeter Legris elbow. We tested it, and it worked!

Thus, we modeled our own version of a Legris elbow, and even included the “4” and pneumatic design on the face, and married it with one of the barb fittings from Clippard Instruments. We're pleased, and the results speak for themselves. 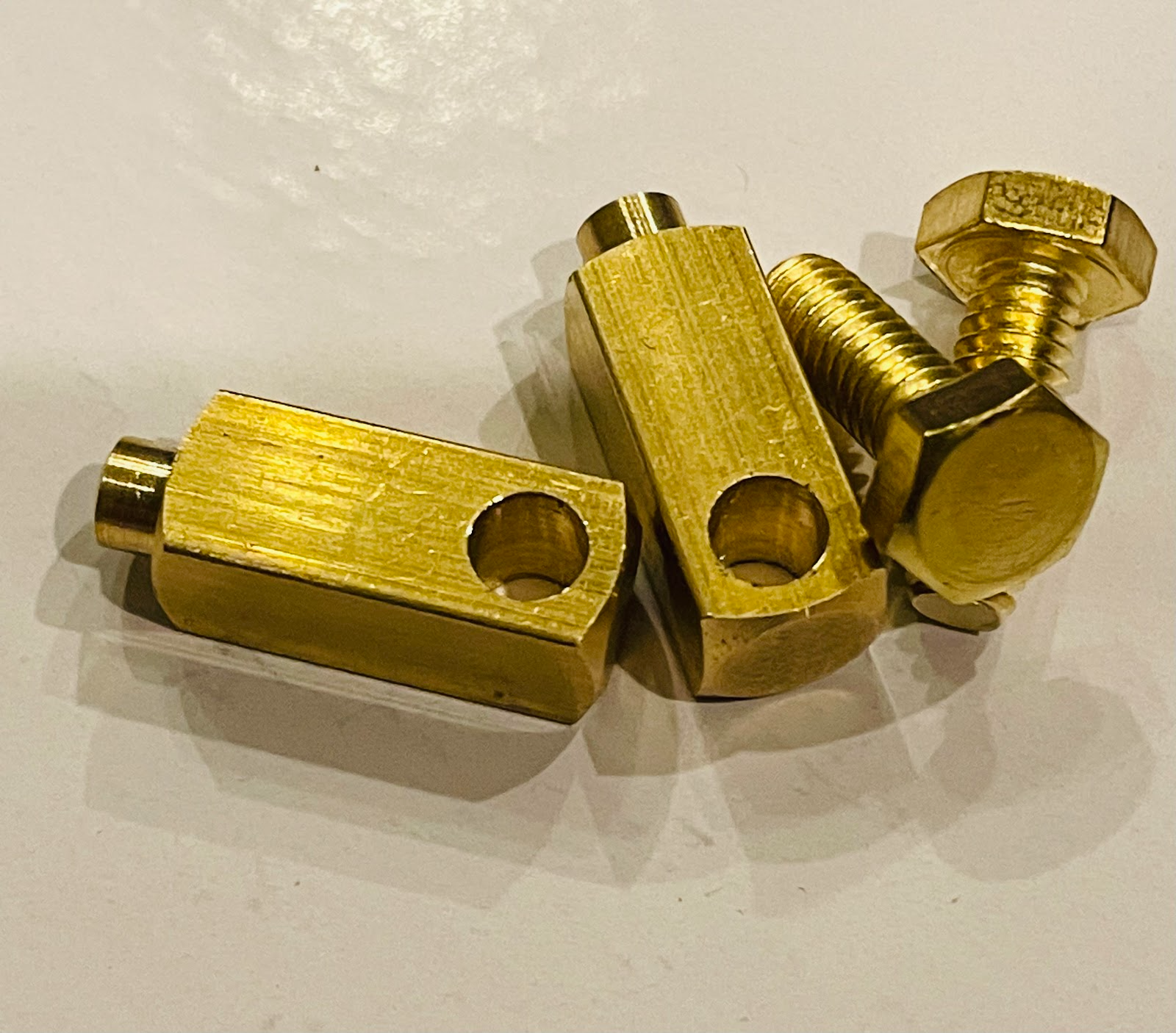 If the Legris elbows were difficult to find, then finding the original spec Legris banjo pneumatic tube fittings were next to impossible.

Named for their somewhat banjo shaped cross section, the “Banjo Tips” are the two brass rectangular blocks with circular flanges that affix to the end of the proton wand tip.

Once again obtainable only via auction sites, these unique items weren’t a reality from the start but luckily, were easy enough to have machined from solid brass. After purchasing an original at auction, we eagerly took this piece (mind you in a very special case wrapped in a very special blanket...because it was that rare) to the machine shop to be replicated. The absolute beauty of the final metal piece only reinforced our belief that it could never have been cast in plastic, but had to be machined. 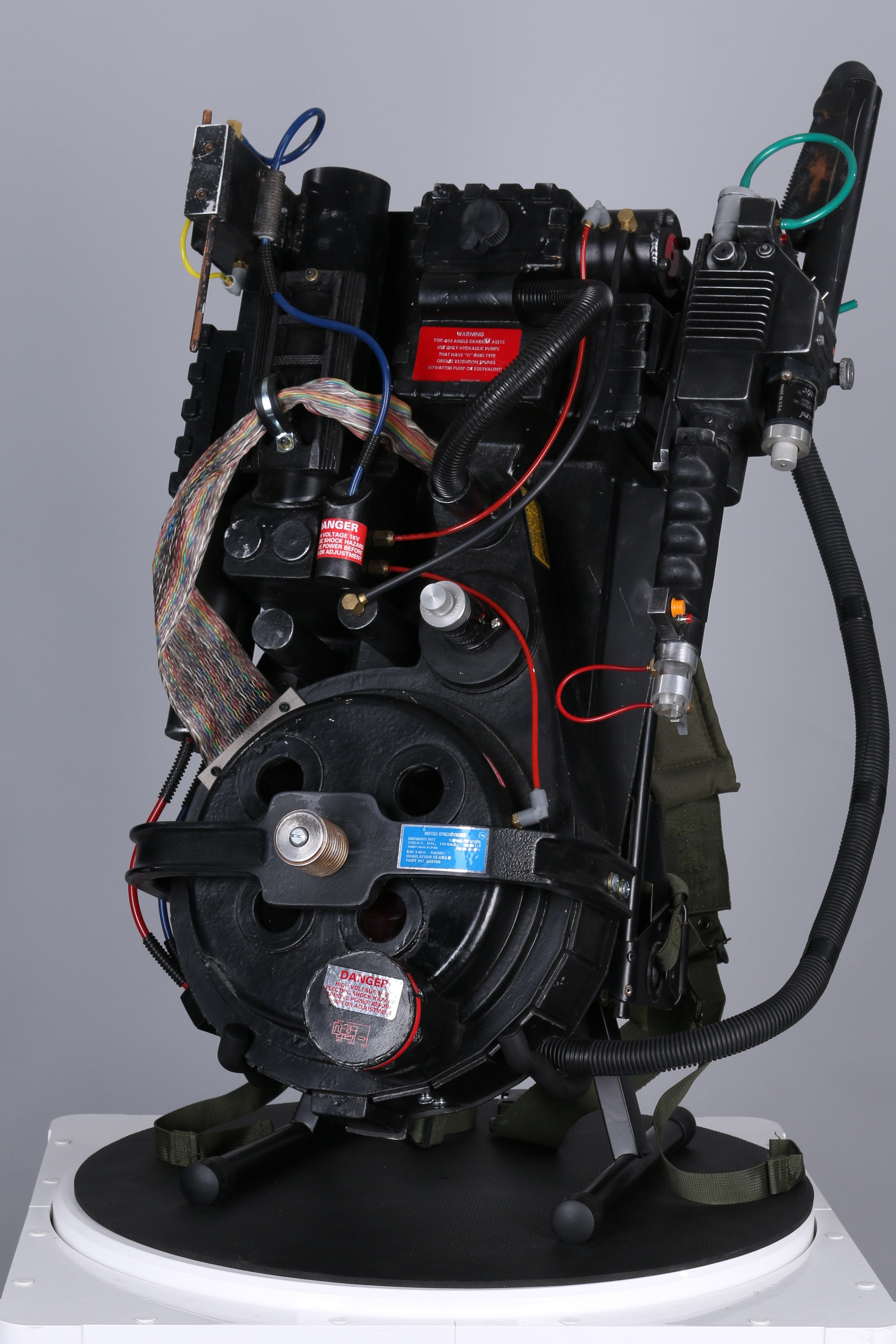 If you missed your chance to grab this iconic once in a lifetime offer, there may be another final opportunity for you to join in Coming Soon!