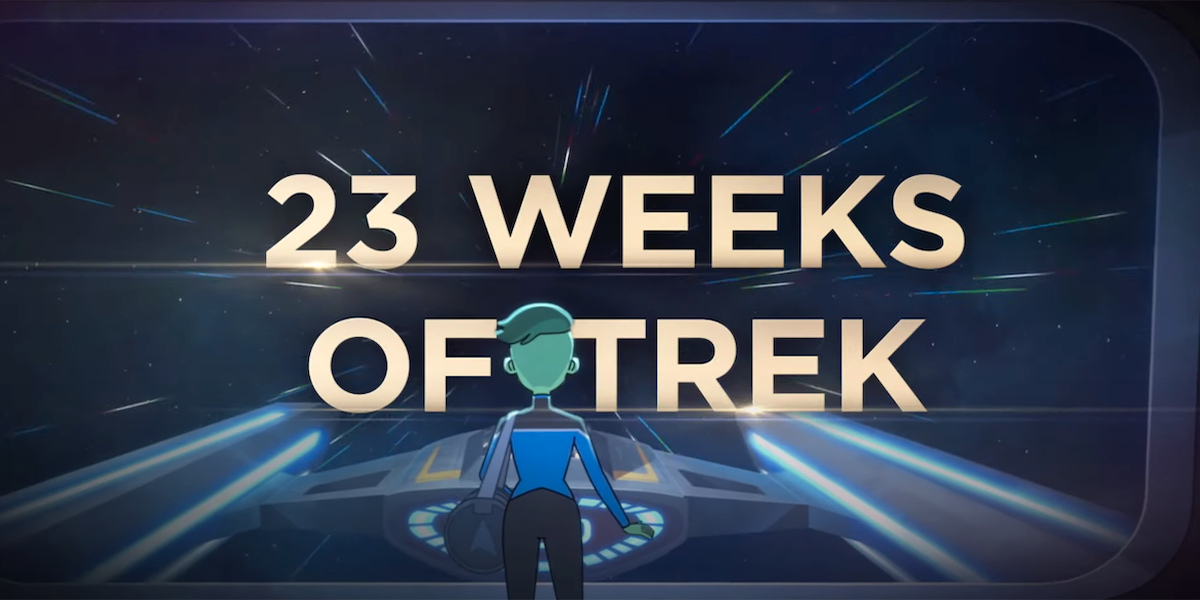 These "23 Weeks of Star Trek" are quickly becoming our favorite season this year!

It's hard to believe that we're just four episodes into STAR TREK: LOWER DECKS, and simultaneously that much closer to the Premier of STAR TREK: DISCOVERY's third season! AND the Star Trek Universe is about to welcome a whole new group of fans as DISCOVERY's inaugural season will air on CBS starting September 24th! 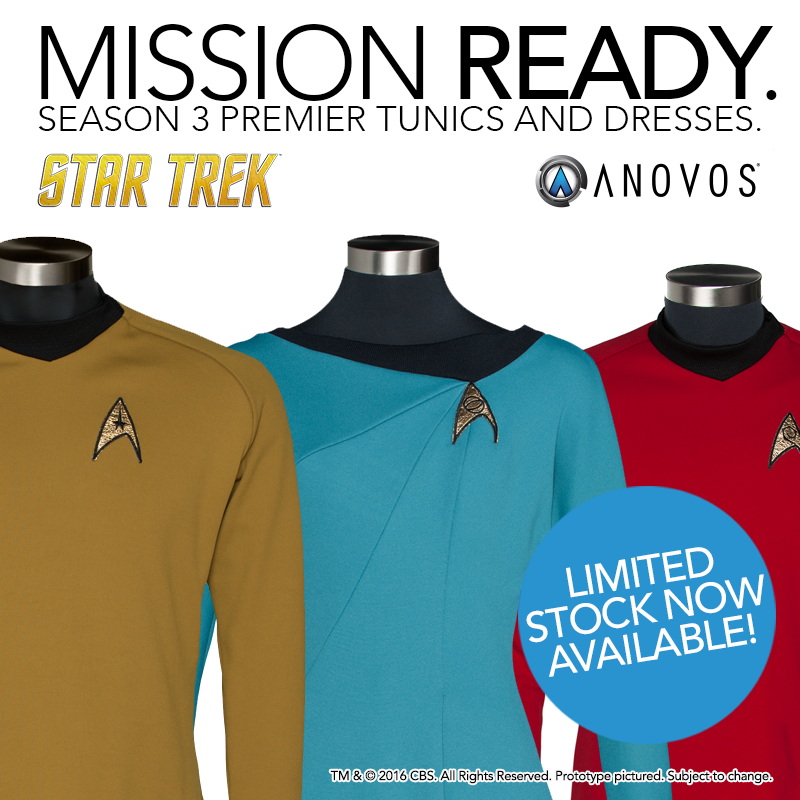 Now that our existing orders are shipping out, our remaining inventory of Season 3 Premier Tunics and Dresses are In-Stock and Ready to Ship!

Between new episodes of LDS, I've been re-watching DISCOVERY season two. I love it! As an old ORIGINAL SERIES fan, I can't help but love the introduction (reintroduction?) of Captain Christopher Pike.

Christopher Pike is literally the prototype of a Starfleet captain as originally created by STAR TREK’s creator, Gene Roddenberry. The Captain Christopher Pike we meet in "The Cage" was designed to be the very model of a thoughtful, measured, compassionate, leader. Qualities that were transferred whole cloth to Captain James T. Kirk when STAR TREK's second pilot was made a year later.

The transition from Pike to Kirk was an invention of necessity when Jeffery Hunter was unavailable for "Where No Man Has Gone Before," but Pike has always represented a path not taken. What would the adventures of the U.S.S. ENTERPRISE have been like with her original crew of Capt. Pike, his first officer Number One, and their "half-Vulcan science officer" Spock? We're about to find out!

In 2021 (hopefully) we will see the first episodes of the new series, STAR TREK: STRANGE NEW WORLDS! It will recount the adventures of the original Enterprise, (NCC-1701) years before Jim Kirk assumes command. It will also be a return to a more episodic version of STAR TREK, very much in line with TOS itself.

While there will be a thorough line of character growth and development, this new show returns to the "planet" of the week sort of format so familiar to generations of Trekkies & Trekkers. More than that, it's a return to STAR TREK's original concept & characters not seen (depending on your point of view) since "The Menagerie." 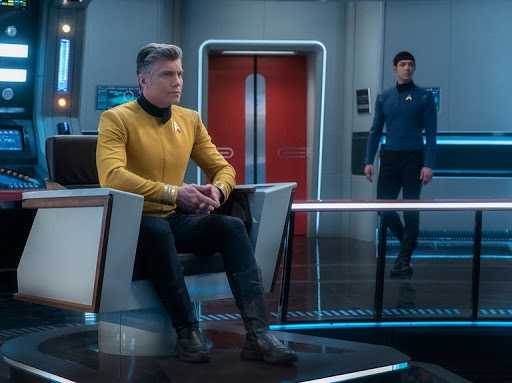 I can't wait. THIS is (almost) everything I've ever wanted from the franchise. NEW, weekly adventures aboard the original - albeit visually updated - U.S.S. ENTERPRISE / NCC-1701 ("No bloody A, B, C, or D")!

What all this means is that for the first time since "The Cage" we'll all get to watch STAR TREK on our TVs as it was originally conceived by The Great Bird of the Galaxy himself!

Really, more than ever before, STAR TREK LIVES!